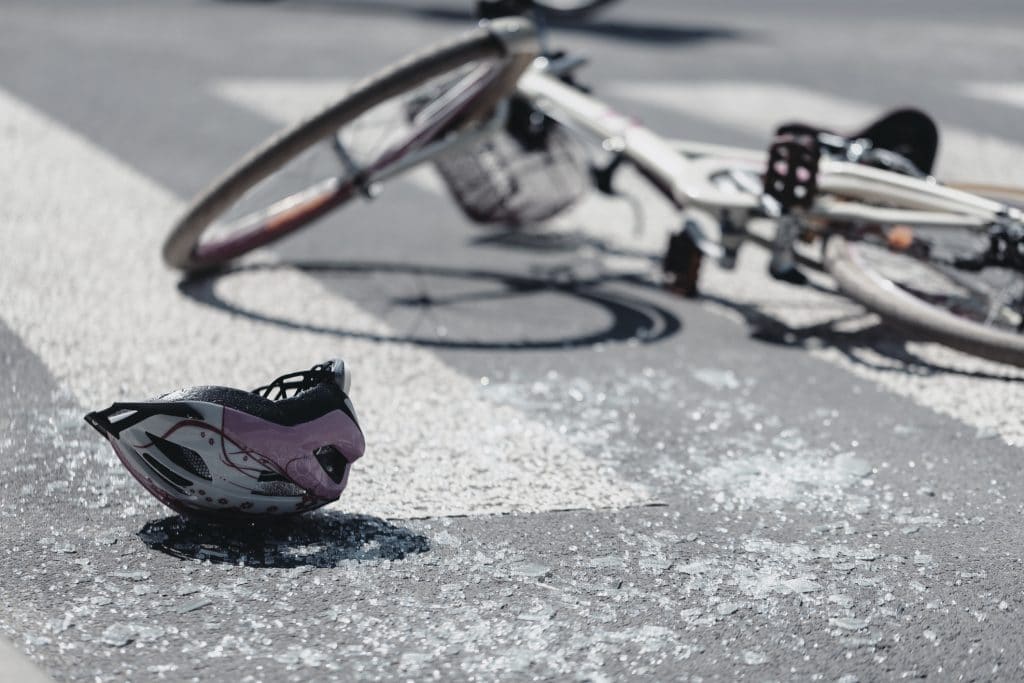 Biking is good for the earth, your wallet, and your health. The advantages of bicycling make it a popular way to get around Mesquite. For some, however, the risks may outweigh the benefits. Mesquite is a dangerous city for bicyclists, with congested streets, awkward intersections, and impatient drivers. Every year, hundreds of bicyclists become victims in collisions with motor vehicles. If you or someone you love has been in a recent bicycle accident, the attorneys at Fielding Law want to help you protect your rights.

How Fielding Law Attorneys Can Help:

Where You Struck by a Negligent Driver?

First, stay calm and do not get angry with the driver or other bicyclist. The other party could use things you say out of anger against you during an insurance settlement later. Do not admit fault or apologize. Be polite and check yourself for injuries. If you or someone else has injuries or there is property damage of at least $1,000, call the police and report the collision. When in doubt, call 911.

Reporting the collision is always a good idea, and it will result in an official record of the incident. Never trust a party to pay for your damages “under the table” without involvement from police or insurance companies. This will likely lead to the person giving you false information and disappearing or paying much less than you could receive through an official claim. Stay on the scene until police arrive and tell you to leave. Seek medical attention for any injuries right away. Keep copies of your medical bills and records.

Create a record of all documents relating to your bicycle accident. The more information you collect, the better. During this time, call your insurance company and report what happened. If you were in a hit-and-run, your insurer may be your avenue to seek compensation. Once you’re ready, contact Fielding Law. Our Mesquite bicycle accident attorneys will meet with you during a free consultation and help you decide on the best course of action moving forward. Medical bills could pile up and if you believe someone else’s negligence caused your injuries, you could be entitled to compensation, let our Mesquite car accident lawyers help.

Part of the solution for bicycle accidents is spreading awareness of the problem. The more people understand about bike accidents, the more likely they are to prevent them. It’s important to stay up to date with the most recent data and statistics about bicycle collisions around the nation, state, and the city of Mesquite. That way, you can take steps to protect yourself next time you bike around the city. Here are a few recent bicycle crash facts:

The numbers regarding bicycle accidents in Texas and around the country are frightening. They point to a great need to improve the safety of the roadways for vulnerable road users like bicyclists and pedestrians. In Dallas, the city has increased efforts toward making the streets safer for bikers since adopting the 2011 Dallas Bike Plan. Unfortunately, local cyclists still aren’t safe, despite municipal efforts.

Snapshot of Mesquite Bikeways – How Is Mesquite Unfriendly for Bikers?

Dallas is not a particularly bicycle-friendly city. The trouble starts with the roadways. The city does not use a standard grid system for its streets. Instead, roads cross and intersect at strange and confusing junctions. Locals and tourists alike can find themselves flummoxed by Dallas’s complex urban roadways. There is also a lack of marked bicycle lanes in downtown Dallas, yet according to Dallas City Code, Chapter 9, bicyclists may not ride on sidewalks within the central business district. These restrictions force bicyclists to ride in the roadway alongside other motor vehicles.

The second problem for Mesquite bikers lies with the people. Drivers are notoriously rude and impatient with bicyclists in the city, with episodes of road rage that can be highly dangerous for vulnerable bikers. Drivers may follow too closely to bicyclists, rush past them without giving enough space, or drive them off the road. Drivers may also ignore the rights of bikers, cutting them off at intersections and failing to yield the right-of-way. Negligent and distracted drivers may not see bikers, increasing the risk of preventable collisions.

Bicycling in the Dallas–Fort Worth area is risky, and most risks come from preventable human errors. Actions drivers and bikers take every day can make a world of difference in the safety of cyclists. Obeying roadway rules, following bicycle laws, and practicing common courtesy could save hundreds of locals from serious injuries and death every year. Between spreading awareness and citywide safety initiatives, perhaps the city will be a friendlier city for bicyclists someday.

The nature of bicycle accidents lends itself to certain types of injuries. Whether bikers collide with objects, other bikers, or vehicles, they are prone to some injuries more than others. This is due to the exposure of the body to objects and impacts. While a bicyclist can sustain a variety of injuries in a collision, here are some of the most common we see at Fielding Law:

Regardless of your type or extent of injury after a bicycle accident, talk to the attorneys at Fielding Law. If you experienced physical pain, emotional suffering, medical bills, or lost wages from missed time at work because of your accident, you are likely eligible for recovery. These are compensable damages to the civil courts in Texas. We can help you seek just compensation from an insurance company or through a personal injury lawsuit in Mesquite.

As a bicyclist, it is your duty to know and obey relevant state and local bicycle laws. Understanding the law can protect you from accidents and allow you to stand up for your rights in the event of a collision. Knowing you’re on the right side of the law can go a long way toward your confidence after a crash.

When in doubt, speak to an attorney about your rights and obligations in a specific situation. In the meantime, here are five Texas bike laws you should know:

If you are partially at fault for your bicycle accident because you broke a bicycle law, don’t panic. As long as the courts assign 50% or less of fault to you, you could still recover for your damages. Texas is a modified comparative negligence state, which allows the plaintiff to share fault for an accident and still receive partial compensation. Call a Mesquite injury attorney for advice.