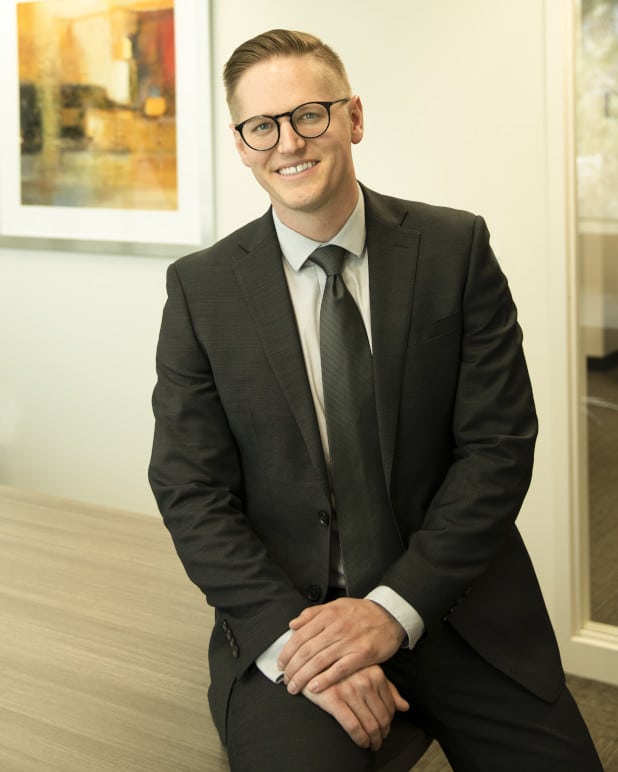 Brian Bankhead claims Ogden, Utah as his hometown and will fervidly defend its virtues. Brian comes from a background in art and design where he was well respected for his meticulous attention to detail and uncompromising integrity. Brian’s first experience in the legal field came by representing people with disabilities that were facing discrimination. In his fight for justice, he repeatedly witnessed the power imbalance that exists between a large corporation and an individual. Brian developed a chip on his shoulder for those seeking fair treatment and is an ardent believer in justice no matter what someone’s background or economic standing may be. Brian earned his Juris Doctor degree at the S.J. Quinney College of Law at the University of Utah. Before joining Fielding Law, he worked for a personal injury firm in Southern Utah. When not working, Brian soaks up as much time with his wife and two little girls as possible. He calls himself a “maker,” and enjoys designing and building anything from a logo to a piece of furniture. Brian is also a devoted follower of the Utah Jazz and Detroit Lions.