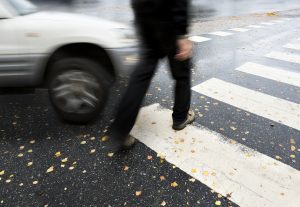 Taylorsville is a dangerous metropolitan area for pedestrians. Its unusually wide streets are difficult to cross, and its sidewalk infrastructure is not conducive to safe foot travel. The roads are so perilous for pedestrians, in fact, that many intersections offer safety flags in buckets for walkers to take back and forth with them across the streets. If you’re one of many unsuspecting pedestrians injured in Utah, speak to an attorney about your legal options. A Taylorsville pedestrian accident attorney can offer dedicated legal representation to help you maximize a settlement offer or jury verdict.

When to Call a Pedestrian Accident Attorney

After a pedestrian collision, you may feel scared and confused. You might be in the hospital recovering from significant injuries, and facing hefty medical costs. In these moments, a personal injury attorney can be your greatest ally. A lawyer can help you pursue compensation through a lawsuit or an insurance claim.

An insurance claim may be a viable source of recovery after a pedestrian collision, as long as the offending driver remains on the scene and has adequate coverage. In a hit-and-run case, the pedestrian’s own uninsured/underinsured motorist insurance may cover damages. Insurance companies often offer less in settlements than what you could receive in a personal injury claim. Your best option may be to turn down a quick insurance settlement and take the offending party to court for fair and just compensation.

The designer of the urban grid of Salt Lake City created it as the “Plat of Zion.” The goal was to create a spiritual utopia – a city free from crime. Early settlers planned to achieve this by making the blocks long and wide to accommodate plots for houses with farms and gardens. In essence, the vision of early settlers was to create a rural community setting within a city. Each block is in the shape of square at right angles. They thought that by giving residents plenty of space, they could reduce the rates of violence and crime.

Blocks in Salt Lake City are much longer and wider than most other cities in America. Blocks in downtown Salt Lake City are 660 feet on each side – the equivalent of about two football fields per block. In comparison, city blocks in Carson City, Nevada are 180 feet on each side; Portland, Oregon are 200 on each side; and New York City blocks are 200 feet long. In today’s modern world, these large city blocks have an unintended consequence, their large size makes them particularly dangerous for pedestrians trying to cross. Thus, downtown Salt Lake City presents a rather hostile environment for those trying to get around on foot.

Most Dangerous Places for Pedestrians in Taylorsville, UT

In 2020, 33 pedestrians died in Utah. One-third of them — 11 — died in Salt Lake County. One death is too many, but it is especially tragic to have so many take place in the county where Taylorsville resides.

Redwood Road is particularly dangerous for pedestrians in Taylorsville. Unfortunately, several schools reside on or near Redwood Road, making it hazardous for students. Salt Lake City Community College, Eisenhower Junior High School, and Taylorsville High School are located on this busy road, along with childcare centers.

This intersection bordering West Valley City and Taylorsville saw 13 auto-pedestrian crashes between 2010-2016. It ranks highest in those accident types during that period — not just in Taylorsville but in Salt Lake and Utah counties.

This intersection near Taylorsville High School saw 29 pedestrian-involved accidents between 2011-2022. Unfortunately, one was fatal.

Fortunately, the accidents at this congested, high-traffic intersection between 2011-2022 were minor, but 10 occurred here in the same period.

Four pedestrian-related accidents occurred at this intersection between 2011-2022. One was fatal. It is another location near Taylorsville High School.

I-215 West and Redwood Road

At the cloverleaf intersection here, several pedestrians have been in accidents.

What should be a peaceful location near a cemetery ended up as the site of a pedestrian crash. One person died and another was seriously injured. A few blocks north, at 6200 South and Redwood Road, two more pedestrian accidents took the life of one person and injured two more between 2011-2022.

Other Dangerous Intersections for Pedestrians

Redwood Road does not have a monopoly on pedestrian accidents. Other locations are precarious as well.

Twelve pedestrian accidents happened between 2011-2022 at or near this intersection. One accident led to a serious injury. Multiple traffic lanes are headed in all directions at this busy corner. It is also the site of many retail businesses, making it a prime location for pedestrians.

Two fatal pedestrian accidents occurred between 2011-2022 at this intersection, near a couple of coffee shops and a daycare.

Use Caution at Dangerous Taylorsville Crossings

While this is not an exhaustive list of dangerous intersections in Taylorsville, it highlights some of the most precarious places for people who travel on foot. If you’re a pedestrian in Taylorsville, exercise caution at these busy cross streets. Use crosswalks and obey pedestrian and traffic signals.

Despite the Salt Lake City government’s efforts to improve pedestrian safety, pedestrian collision rates remain high. Statistics reflect a marked need to improve the city’s infrastructure, incorporating more intuitive crosswalks, intersections, and pedestrian traffic signals. The city itself does not invite people to walk its lengths, with too much space in between buildings and blocks for socializing or effortless shopping. People who do try to brave the sidewalks are at risk of collisions from distracted, careless, and negligent drivers. The statistics on state and local pedestrian collisions according to the latest highway safety report are as follows:

Reading the statistics on pedestrian collisions in Utah and Salt Lake County can help roadway users understand the who, what, when, where, and why of these accidents. This in turn can help spread awareness of the risks of walking around Utah and, hopefully, lower the number of injured and killed pedestrians every year. Avoiding the most dangerous regions for pedestrians can help you avoid becoming a statistic.

Why Are Pedestrians So Vulnerable to Serious Injuries?

Scientists engineer vehicles to provide ample protection to occupants in the event of a collision. A vehicle’s restraint devices, airbags, and roll bars all help prevent serious and fatal injuries. Pedestrians have no such protections. They are also more vulnerable than bicyclists, who at least have bicycle frames and often helmets to buffer the forces of a collision. Pedestrians have virtually nothing between their bodies and the vehicle striking them. This results in much more serious harms to the pedestrian than to other parties involved.

The severity of pedestrian collision injuries relates in large part to the way these incidents occur. Data from around the world shows that the majority of pedestrian accidents involve frontal impacts – a collision between a pedestrian and the front of the vehicle. Frontal impacts to standing pedestrians injure the legs, knees, thighs, pelvis, thorax, and head, in this order. The car first impacts the pedestrian at the lower extremities, causing the person’s upper body to rotate relative to the car. The vehicle may then strike the upper parts of the body, and, finally, the head, which may hit the windshield or front hood of the vehicle. The injured pedestrian then falls to the ground.

The severity of pedestrian injuries will depend on the size, shape, and speed of the vehicle, as well as the age and height of the pedestrian. Children are at greater risk of serious chest, head, and brain injuries in collisions, since the front of the vehicle will strike these areas first upon impact. Pedestrian head and brain injuries can result in permanent physical and cognitive disabilities. Pedestrian fatalities often stem from traumatic brain injuries, spinal cord injuries, and internal damage. Pedestrians who survive collisions may face expensive medical bills, income losses form missed time at work, physical pain, and emotional suffering.

The Utah civil courts give injured pedestrians (and the surviving family members of deceased pedestrians) outlets for financial recovery after collisions with vehicles. If someone else’s negligence caused the accident, the injured party may sue for damages. Bringing a lawsuit against the at-fault party (the defendant) on the grounds of negligence requires that the injured party prove the defendant’s duty of care, breach of duty, and causation for the collision. Moreover, injured pedestrians are entitled to receive medical coverage from the at-fault party via Utah’s no-fault personal injury protection (PIP) laws.

The defendant in a pedestrian case can vary. It may include:

The pedestrian may also be at fault for the collision. If the pedestrian darted in front of traffic or ignored traffic control signals, contributing to the crash, the courts may reduce his or her available recovery by the percentage of fault. For example, a pedestrian 20% at fault for the collision would receive $80,000 of a $100,000 total settlement or verdict. According to the state’s comparative negligence laws, an injured pedestrian may still receive compensation as long as he or she is less than 50% responsible.

Speak to our attorneys about all of your options before agreeing to a settlement. Suing the at-fault party could result in much greater recovery depending on the circumstances. A personal injury lawyer at Fielding Law can help you explore your legal opportunities and choose the path that’s right for you. Speak to our honest, hard working lawyers today during a free consultation. Contact us online or call (801) 666-2912 today for a free consultation. Hablamos Español.